Home About Us Y History 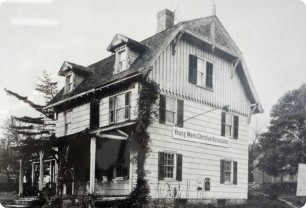 There are over 2000 YMCA’s in the United States and over 4000 worldwide. During its long and distinguished history, YMCA’s have been known for their tradition of program innovations to better serve members and communities. The following are just a few YMCA innovations:

The Young Men’s Christian Association was founded in London, England, on June 6, 1844, in response to unhealthy social conditions arising in the big cities at the end of the Industrial Revolution. Click here to read more about YMCA history on the National YMCA website.

Although activities of the Rye YMCA can be traced back as far as 1869, official documentation of the Y’s origins in Rye indicate that 1914 is the year we can herald as the beginning of our spirit, mind and body journey in this community. By combing through Board minutes and corporate documents, we have been able to piece together our almost 100 years in Rye. Though details are sketchy, and the documents faded, what is clear is that the Rye Y’s founders and its leaders throughout the years, worked hard to address the ever changing needs of the community. As we approach our Centennial year in 2014, we take special note of the following highlights that have spanned almost 100 years of serving this community.

The Rye Chronicle reported in 1939 that the very first YMCA activity in Rye took place as early as 1869.

Documents indicate that planning for a Rye YMCA began at the end of 1913, with much activity taking place in the early part of 1914. Y staff and members first met in the old Library building and then in October of 1914, secured quarters above the old Guerin’s Drug store on Purchase St. located where the Rye Trust Building has stood for years.

In 2005 the Rye Y was selected by the YMCA of the USA to be a pilot site for a new national health initiative called Activate America – Pioneering Healthier Communities. Much of the Y’s work from that time through the present has focused on promoting healthier lifestyles through the Y’s entire service area including Rye, Harrison, Mamaroneck and Larchmont.