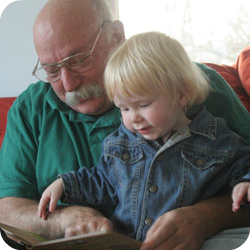 As a photojournalist, Lester Millman has covered wars in the Middle East, traveled with George Pataki as the governor’s official photographer, and documented the devastation at Ground Zero in the days after September 11, 2001. Although Millman has lived as far away as Israel and as near as White Plains where he resided for 25 years, these days he’s happy to have returned to his Rye roots and the Rye YMCA.

When Millman’s family moved to Rye from Boston around 1952, it didn’t take long for the young boy to join the Y.  In 1953, when he was eight years old, Millman left home for his first summer camp experience. “It was all so new to me, so different,” Millman recalled of his time at the Rye YMCA’s camp at Lake Mohican. “The hikes, the canoeing.  I couldn’t swim.  I learned to swim there.”

“For the first time, I was exposed to kids from broken homes, kids whose parents had died and were being raised by other family members,” Millman said during a recent conversation with a Rye Y staff member. “I learned from Joe O’Brien (the camp director) to ask ‘how are your people?’  I still use that phrase because it’s a way of being sensitive to all family types. Talk about an influence!”

Millman returned to Camp Mohican, which was located on Lake George in upstate New York, as a camper for several years before taking his first job–aside from mowing lawns–at age 15 as a “kitchen boy”.  “I worked all summer,” Millman remarked.  “I was paid $50 for the whole summer plus room and board. Something came from that. I’ve been working in kitchens and cooking all my life.”

Back in Rye, Millman and his friends would ride their bikes over to the Y on Friday nights. The “guys”—all junior high school students—would then go over to Rip’s and order hamburgers.

As a high school student, Millman discovered photography, using a fall-out shelter in a house on Mead Place as a darkroom. In 1970, he became a professional photographer, eventually earning a bachelor’s degree in photojournalism. It was a career choice that led to a numerous international assignments for Time, Newsweek, The New York Times, The Los Angeles Times, St. Louis Post Dispatch, Financial Times as well as several corporate and non-profit clients. His photos have won several awards, including in the “Picture of the Year” and World Press Photo Competition, two of the most prestigious international news photography contests.

From 1973-1980, Millman and his wife lived in Israel, where he covered the strife engulfing the country at the time. His son Micha, now 34, was born there.  (Millman also has two daughters: Raheli, age 31 and Sarah, age 28, and an 18-month old grandson,)  Asked about his most memorable assignment, Millman quickly answered “I was at the airport when Anwar Sadat arrived in Israel in 1977.”

Millman was also on site for one of the biggest stories in U.S. history, traveling to Ground Zero with Governor Pataki hours after terrorists struck the World Trade Center on September 11.  His photographs of the first responders, the piles of twisted metal, and the long recovery effort comprise a photographic lecture he now gives wherever he’s invited.  His images are on permanent display at the New York State Museum in Albany and will also be at the National September 11 Museum when it opens.

In June 2011, Millman moved back to Rye and re-joined the Rye YMCA.  “I was always connected to Rye, all these years, because my parents stayed in the house where I grew up,” he said. Millman, who suffers from COPD (Chronic Obstructive Pulmonary Disease), which he contracted working at Ground Zero, had one goal in mind when he returned to the Y 58 years after he first joined.

“The whole purpose of my being here—I was a ski racer until just a few years ago.  But, when I walked through that door, I had lost faith in my body and didn’t think I would ever ski again.  But, the people here were so nice and so supportive. For a test, I did 10,000 crunches in the four months between September 2011 and the end of the year. So much of my physical life had been out of my control. I wanted to do this, just to say ‘yes, I can do this.’ And then I went skiing again.  I literally owe it all to the Y staff.”

Millman has also joined the Rye Fire Department.  “Ann Ivan was my inspiration,” he noted. Ivan, the Y’s Fitness Center director, is an Emergency Medical Technician and firefighter and battled cancer this past year. “I can’t fight fires,” Millman remarked, “but I can help in other ways.”

Speaking about his experience at the Y, Millman said “I don’t want to just say…” He paused. “But, the people. What a difference.  And the people I work out with too. It’s completing a circle. It feels good. I’m very glad to be back in Rye.”