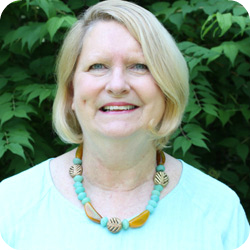 Brigitte Sarnoff had never been much of a fitness buff.  Busy with family, a fulfilling career and volunteerism, she stayed away from gyms or any form of physical activity. So when Dr. Randy Stevens, Director of Radiation Therapy at White Plains Hospital, encouraged Brigitte to join LIVESTRONG at the YMCA to deal with the lingering effects of her cancer treatment, she balked.

“I immediately thought of reasons I couldn’t participate,” she laughingly told a Rye Y staffperson. “It was too far. But it was right here in Rye. It was too expensive. But it was free of charge. I ran out of reasons!”

A resident of Rye for nearly forty years, Brigitte, 67, had suffered through a one-two cancer punch.  After aggressive treatment for uterine cancer in 1999, she was placed on hormone therapy. Then, in 2007, Brigitte received a diagnosis of breast cancer.  Although it was caught early, she was required to take the drug Tamoxifen to prevent a reoccurrence.  Tamoxifen’s side effects—leg pain and extreme achiness—and Dr. Stevens’ advice wore away Brigitte’s resistance to an exercise program.  In February 2012, Brigitte sat down with Barbara Hughes for a LIVESTRONG at the YMCA intake interview.

Launched at the Rye Y in 2011, LIVESTRONG at the YMCA is a free 12-week small group program that allows cancer survivors to reclaim their total health.  Brigitte didn’t know what to expect when she walked through the Y’s doors, but she knew she wanted to reduce pain and “just feel better.”

“I had a wonderful interview,” she remarked, adding that she developed an “instant friendship” with Barbara, the Y’s long-time Director of Member Services. “What impressed me most is that the structure of the program exposes you to a variety of types of exercise in a non-judgmental atmosphere with adaptations made to your particular situation.”

“I love the instructors,” Brigitte continued. “They’re just so caring and kind. I was afraid of the machines. The treadmills scared me. But the trainers stand right there beside me.  And I enjoy the group camaraderie.  LIVESTRONG has been such a gift. I’ve definitely improved my endurance, my flexibility, my balance. I’m just stronger. I feel better.  And I’ve discovered Zumba!”

An effusive and warm woman—she is currently the co-president of the Rye-based Helping Hands for the Homeless and Hungry—Brigitte has found ways to give as well as receive.  “The emotional part [of cancer] is not an issue for me. I think I’ve been able to help some of the other ladies here.”

Although Brigitte “graduated” from LIVESTRONG at the YMCA, she has joined the Y and thrown herself into a new exercise routine that includes Zumba, Limbercize and Group Active classes, and work-outs on the treadmill and recumbent bike.  Since March, Brigitte’s blood pressure has dropped.  “That makes all my doctors happy,” she exclaimed.  Looking back on her experience with LIVESTRONG at the YMCA, Brigitte remarked “I’m just so thankful for the program.”

For more information about LIVESTRONG at the YMCA, contact Laura Tiedge at lauratiedge@ryeymca.org or 967-6363, ext. 107.