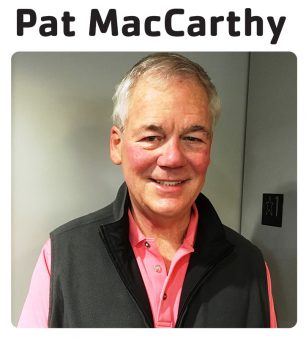 I joined the Rye Y in 1990 when we moved to Rye from Manhattan. I was exercising on a regular basis and I thought that it was cool that Rye had a YMCA. I lived about five minutes away and the Y had just what I wanted, i.e. a fitness center and a pool. I rotated between the two and have ever since.

I was married to my first wife when I moved to Rye. We didn’t have children so it was just her and I at the Y. And then she decided she’d rather live in Manhattan so that was the end of the marriage. I ended up staying in Rye and marrying a woman who had three young children. All of her kids were happy to utilize the Y, so I had a family experience here too.

I had a serious fall about 15 years ago and ruptured some of the vertebrae in my neck. I was very disabled at that time and the Y was absolutely crucial to my rehabilitation. I couldn’t lift my arms higher than my shoulders and initially couldn’t do anything but swimming. After a few weeks, I got a personal trainer which helped me regain pretty much all my movement.

We moved to Greenwich about six months ago but shifting Ys is not a consideration. The Rye Y has all of the facilities I could ever imagine and the camaraderie of the members and the staff makes this a special place. The Rye Y is my Y.