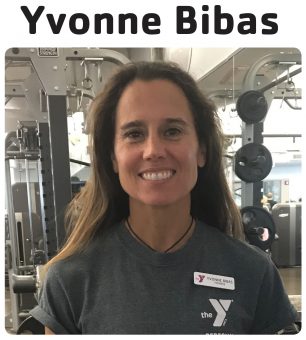 I’m originally from The Netherlands and ended up in the US because my husband, John, is American. We met in 1998 on the street in Huntington Beach, California, on a quiet Wednesday morning. I was traveling around the world; he was there for business and visiting his brother. At a certain moment John and his brother were walking right next to me and started a spontaneous conversation. The conversation led to a coffee at Starbucks and after talking for about half an hour about travel and life in general, John said he was thinking of going to Mexico for a couple of days and asked if I would like to join him. I had been in California for three weeks and was ready to move on so I simply said “Yeah, sure”.

Two days later we were on a plane to the Baja Peninsula. Little did I know that this was one of the most romantic places in the world…. It wasn’t hard to fall in love there! After this magical trip, John decided to take a leave of absence from his job in NYC to travel with me through Southeast Asia for four months. A great way to get to know someone well!

After our travels, I moved to NYC where John and I lived for four years and after the birth of our daughter, Cameron, in 2004 we moved to Rye. That is when we first joined the Rye YMCA. Cameron had her first swimming lessons there. We also joined the Gym Tots program where I met lots of fun moms, some of whom are still good friends. I regularly went to yoga or Pilates classes at the Wainwright House and once in a while to a spinning class.

We left Rye in 2008 and moved to London for John’s work. After six wonderful years there, we moved back to Rye. At this point in my life I wanted to start working again. Since sports and fitness have always been a great part of my life, I decided to become a personal trainer. After some intense studying, I passed my NASM exam in 2015.

I didn’t immediately start working as a personal trainer at the Y. Instead I started as a Recess Sports Instructor at the King Street School in Port Chester, which I enjoyed very much. It’s always fun playing sports with kids. For some reason, the kids at that school always made me feel very appreciated. The smiles on their faces when they saw me coming with basketballs, soccer balls, jump ropes and other fun playground stuff is something I will always fondly remember.

However, what I really wanted to do was work as a personal trainer. Laura Laura gave me that opportunity when she welcomed me to her Fitness team. Beside one-on-one training, she asked me to help with the Basic Training class that she started and was in the process of growing. It is such a fun class to teach, everyone is so incredibly motivated, hardworking and committed. We started with only three classes a week and now there are seven in total.

It’s wonderful working at the Rye Y. Everyone is always so positive and happy! I’ve got a great boss in Laura, who has taught me so much and my colleagues (and clients!) are awesome. What else could I wish for?!