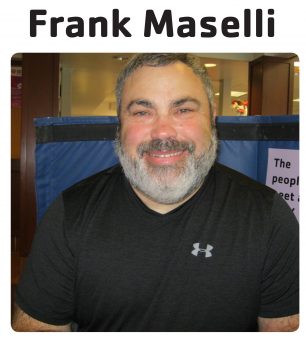 Even though I was a member for a while and came intermittently beforehand, my Y journey really started when I had a heart attack during a dive trip in Granada in 2012. I ended up having to be airlifted back to the United States, and 19 hours later I was catheterized and had two stents placed. The next morning I was told that I had significant heart damage.

After the recovery period, I did a lot of research and I decided that high intensity interval training would be the best for me. I started taking spinning classes at the Y and greatly improved my heart health to the point that it basically went back to normal.

I come to the Y four to five times a week for spin classes and weight training. My wife got me into spinning because I was looking for an activity that wasn’t as painful on my legs as running. I really enjoy the spin classes at the Y, and because of that, I started trying to bike outside. I now routinely go on 20-30 mile bike rides a couple times a week when the weather is good. On my last vacation I did a bike ride from Bamberg to Frankfurt, which was about 250 miles.

Last year I went in for my five-year checkup, and after they did a nuclear stress test and the cardiologist looked at my EKG, he questioned whether or not I really did have a heart attack. Being active at the Y has made big changes in my life and lifestyle. I want to live better and live longer.

Now six and a half years after my heart attack, I’ve actually crossed over to the “dark side” – if I don’t make it to work out at least three times a week, I will get grumpy!