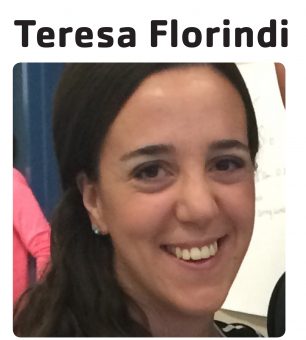 In July 2009, I had just graduated from college and I was looking for a part-time job. I knew I would be commuting into New York City to go to graduate school to get my master’s degree. Peggy, who works in the yoga department, had worked with my mom and she said ‘the Rye YMCA is always looking for people to work at their front desk, you should inquire.’ I wasn’t sure if they’d accept me because I could only work a few days a week but I came in and met with Barbara and she interviewed me. She was so warm and wonderful. She was like ‘no problem!’

So I started working at the front desk in the summer. In September or October, I started thinking ‘well, if I’m going to be here, I might as well start doing things here so when members come I can what everything is like.’ So I started to take group fitness classes and I started taking Diana’s classes two or three times a week. Mind you, I hadn’t worked out in years! But I said ‘let’s just try it.’

Diana approached me after one of the classes and said ‘you have great form.’ I pretty much laughed at her but she said ‘I’m launching a new program here called Group Power. I’d love for you to do the certification.’ I had known Diana from the past so I trusted her but I was still apprehensive. But I thought to myself ‘Let’s just do it. What do I have to lose?’

I got certified in Group Power and I had never taught an exercise class in my life. [In the beginning], I worked with Maiju and Diana and Gina and we rehearsed two or three times a week, practicing the choreography. I taught Group Power for a while and then Diana said ‘how about you get a group exercise certification? At this time, I was taking a full load of four classes, I was working at the front desk, I was teaching Group Power and I was working in my mom’s office. It was crazy. But Diana took me under her wing and I shadowed her in every freestyle class that she did for a few months. A year or so later, I started teaching on my own.

A few years later, I got certified for the LIVESTRONG at the YMCA program, which has been a wonderful experience. That led into my spinning certification. And I still worked at the front desk all through graduate school. After I started teaching—I teach 7th grade social studies at Port Chester Middle School—the opportunity came up to lead a spin class on Sunday mornings so I phased out at the front desk. I’ve been teaching group exercise classes ever since.

I never in a million years thought that a part-time job would lead to being such a huge part of my life. I’ve become great friends with Diana and El and Christina and Tanya and Laura Laura and Lisa Miller. I’ve made so many connections. I’m working with the LIVESTRONG at the YMCA and developing those relationships and a lot of those participants are now coming to my classes. I volunteer with the Rye Derby, helping on the course. It’s been awesome!

I’m someone who enjoys helping others—that’s my career. The Y is the perfect venue for that. I’m so inspired by all the members I’ve met.