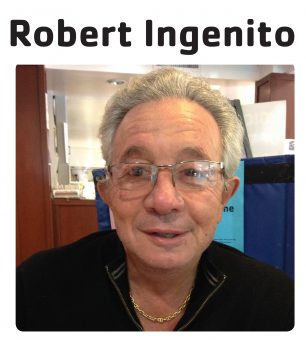 When I first joined the Y—I’m 76 years old—there weren’t many health clubs around at that time. So the Y was the choice. Initially it was to play four-wall handball and do aerobic classes. I stayed at the Y for a long time. And then a few health clubs came along and I joined them on and off.

When I moved up here, a few years later, I joined the Rye Y—initially for running. There was a group that used to run out of the Y, about eight guys, we’d run five miles three to five days a week. Then my knees started to bother me with running, so I did the treadmill for another five or ten years and then I started to swim. So now I’m primarily a swimmer. I swim here Friday, Saturday and Sunday. But I also have an apartment in the city, which I’m fortunate, has a pool. So I swim there the other days of the week. I also play a lot of golf.

The Rye Y is convenient –I live only about a half a mile away. The price point is fair. This Y has a particularly good swimming program, in terms of availability. It’s very clean. Hospitable. My goal is to keep fit and loose, to just use the body, period. At my age, I don’t think you have goals any more; you have maintenance!