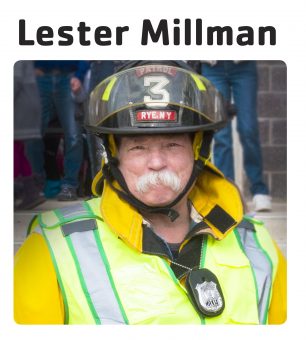 I’ve been involved with the Y since I was eight years old. It was the early 1950s and I was put on a bus for a 7-8 hour ride to Camp Mohican on Lake George.

We swam in Clark Island cove and paddled canoes all over the lake. Monday was hike day, paddle, climb or be trucked to parks and islands. I learned to swim in the lake and when I turned 15. My first job was working as a kitchen boy at Mohican.

In Rye, Friday nights we had ‘boys swim’ and afterwards we go to RIP’s for burgers.

I moved back to Rye six years ago and returned to the Rye Y. I come to the fitness center 3-4 times a week. This allows me to keep skiing with my grandchildren.

One day, something is going to happen to me, and I want to be healthy when ‘it’ happens.