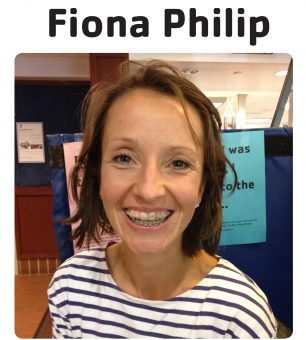 We moved to America almost two years ago, just as winter was setting in. I came here early on in our time in Rye because a friend had recommended it. She was English, like me she had two boys and she said that the Y had been useful to them in many respects. She mentioned the ChildWatch tot drop, which I liked the sound of for my son, who was almost two years old. So I arrived and quickly got him installed there- he immediately loved it. While he stayed at ChildWatch, I would tend to stay in the building.

I began writing a blog when we moved here called mrspacrossthepond.wordpress.com because I was initially slightly traumatized after moving to America! We lived in Singapore for three and a half years then chose to move back to England, but after just a couple of months we were told that we were moving to America with my husband’s job. I’d never visited America and never imagined I would, so to come and live here came as a bit of a shock! I was just settling back into English life and was thinking we were back home near our family and friends when we had to relocate.

We arrived here in the winter, so the Y felt like a cozy little refuge. I started writing my blog sitting upstairs in the member lounge. I found it really calm and a good place to focus my mind on my writing. I hadn’t really done a lot of writing other than for a media agency when we were in Singapore, but this was something I was doing to document my experience of being a British wife and mother in America and trying to make sense of my new life.

I started writing in the member lounge two years ago and I’m still going, twice a week. I treat it a bit like an office. I put Rory, who’s nearly four now, into ChildWatch before heading upstairs, plugging in my earphones and writing. It’s the only place I can really focus. When I’m at home I get distracted by jobs that need doing around the house, but when I’m here, it’s a great spot to focus my mind. Even two years in, I’m finding so many cultural differences between my home country and here. The blog is still going—I don’t know if I have a very big readership but it’s become a bit of an obsession and a way of doing something for myself. Being able to come to the Y for two hours at a time and use it as a little refuge—it’s perfect.

I have two sons and we use the Y for both their swimming lessons. My husband sometimes comes to the gym. I’ve tried the gym, but I’m not so good at exercising indoors. But I’ve done some of the classes, which I love, particularly Zumba. There’s a real sense of community here. Just knowing that when you walk through the door you’re going to be greeted with a smile, you feel welcome. And I’ve always felt welcome from the moment we moved here. I can’t speak highly enough of the Y.