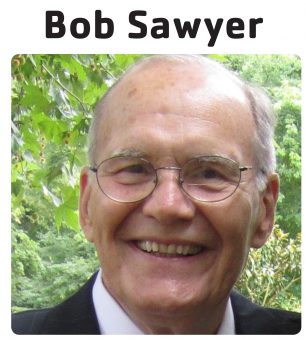 I have lived in Rye since 1975 and joined the Rye Y about 33 years ago. I needed a place to work out. I heard about it through some friends and I met quite a few of the trainers and instructors; I became very comfortable here. At one time I came three times a week; I swam and worked out in the fitness center.

Before I retired, I was the head of a marketing and advertising agency in New York. We had offices in New York, Chicago, and Los Angeles. I did quite a bit of travel and long commuting. But I found that coming to the Y was an important part of my job because it gave me a break and got me more involved in physical activity.

Volunteering has been like my home in many ways since I’ve retired. I’ve been involved in many parts of the Y. I have volunteered as a part of the Rye Derby for many years and was just recruited to become a part of Togetherhood (I’m not knitting, though!). It’s my nature to give back; I have also been volunteering at Burke Rehabilitation for 21 years. There is nothing like it; there is nothing like a smile or a ‘thank you for helping me.’ And that is how I get paid.

I have three children, and they are my greatest accomplishment. I also have eight grandchildren. What really impresses me the most about this place are the little kids. I’ve never seen so many kids running around at all times of the day. As a matter of fact, there are pictures of many of my friends’ children all over at the Y.

I have also gotten to know a lot of the folks at the front desk. Forgive me, because I don’t know everyone’s name, but they know my name. Being in the marketing and advertising industry for so many years, it is so important to have great customer services. A smile and anything like that is great. That has been what has kept me here. I have nothing but good feelings about this place. It has been an integral part of my life for many years.