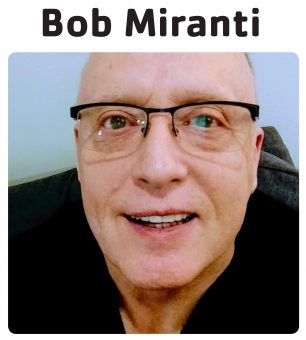 I’ve been a member of the Rye YMCA for about 10 years now; some of those years I “phoned it in” but recently I’ve been here 5-6 days a week.

Let me start by saying I don’t know which I hate more– exercise or vegetables. Currently they are neck in neck but I’m in the process of “peace talks” with both topics. Also, I have two hip replacements, arthritis, tight hamstrings and a bad attitude!

For the past two years I have been talking to Laura Laura about what classes I should take. At her suggestion I tried the TRX class (Total Resistance Exercise – developed by a Navy Seal who obviously can’t spell). Before taking the class I was completely intimidated by it. I was convinced that I couldn’t do it. But I took the class and it was the first time in a decade that I did a squat – in fact 60 squads – it was my “OMG” moment. The class is great because it works on strength, flexibility, balance as well as being aerobic. It’s really difficult to hurt yourself in that class, although I’m sure if you put your mind to it you could accomplish it. But seriously, you’re supported in such a way that you are working at a level of resistance that works for you.

You could say that my “phoning it in” years have come to an end. Since I started my conversations with Laura, I began coming in regularly. I’ve also started the basic training classes and continue to try different classes to see what fits best. Herb Gardner wrote in one of his plays that “Time isn’t a thief, it’s an embezzler that stays up late at night cooking the books and you’re not aware of it”. So change is happening whether you like it or not – so make it positive.

I recently went to Spain for two weeks. The tour included lots of walking and hills and standing. Two years ago I would have been completely winded and sat out much of the tour.

I also took advantage of the Weight Watchers meetings that the “Y” offers and I’ve dropped thirty pounds over the past year. I’ve decided at 71 years of age to make a life style change.

The Rye YMCA is excellent because there are no other facilities that I’ve seen, including

private clubs, that are as well maintained as this facility. The trainers and programs are really wonderful as well. I’ve had lots of conversations with Laura trying to figure out what works for me and what doesn’t and I’m really grateful that the Rye YMCA exists.