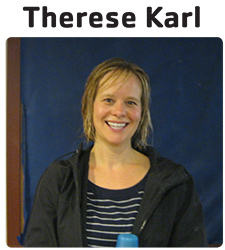 I’ve been a member of the Rye YMCA since 2007. At the time, I was new to town with a baby and a two- year-old. I joined the YMCA in order to get to know the town and community; I felt the Y would be a great starting base. I love the Y for the activities and programs. Once I became settled I signed my children up for swimming, hoping to meet new people. The baby met a friend through swimming and then met up again in kindergarten. I love that that was a possibility and how everything just came full circle. It brings me joy that everything was brought together because of the Rye Y.

I moved from New York City, and it was a disheartening thought to think that I was leaving the City behind and I’d miss every aspect of it, the busyness, the lights, and the people. You know, it’s the city that never sleeps. But moving to Rye and joining the Y lets me know that I’m not missing a thing.

My favorite event is the Rye Derby. Every year I run the five-mile and my three kids and husband participate in the one-mile fun run. In 2009 I wanted to do the Westchester triathlon but I didn’t know how to swim properly. I was unaware of proper strokes and movements; I didn’t have the appropriate endurance. I came to the Y pool frequently, and taught myself the proper techniques to prepare myself for the triathlon. Without the availability of the pool, I never would have completed the triathlon.