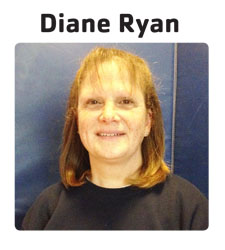 I came to the Rye Y through LIVESTRONG at the YMCA. I heard about the program from my oncologist. I had worked out before being diagnosed with metastatic ovarian cancer, but after I finished chemo in March and injections in April, I was so weak I couldn’t get off the couch.

My first impression of LIVESTRONG was “there are people in this group just like me.” Everyone was so nice. During the first few weeks, I could barely exercise. Then, I got much stronger. They pushed me and were such a positive influence.

As I was getting stronger, my instructor told me about the Tribe. She told me how powerful and inspiring the experience is. I was very hesitant, but it was everything she said it would be plus. When I started the Tribe, I couldn’t even get up a flight of stairs. I wanted to quit more than you can imagine, but the whole team kept me going. On September 15, 2015, I completed the triathlon at Sandy Hook.

The Tribe was the best experience ever. Now, I’m plan to start yoga classes. My goal is to keep running, biking and swimming. I belonged to another sports club, but it wasn’t anything like this. You come here and it’s a very close and friendly feeling.

I come here because it makes me feel good. I have 13-year-old boys, twins, and they want to exercise because they see me doing it, which is the best inspiration. I’m a stronger person now. I’m in remission, but if the cancer ever came back, I’d have more strength to fight it.

The Tribe was probably the best thing I’ve ever done. And I will do it again.