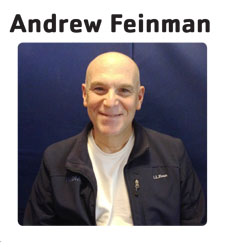 I’m originally from White Plains and I learned to swim at the White Plains Y. I went from Minnow A to Shark. I never made it to Porpoise because I couldn’t do the butterfly. As a kid, I went door to door selling thin mints for YMCA World Service. We also sold Christmas trees for World Service and for Y programs. When I was 12 years old, I went to Camp Sloan, a Y sleep away camp.

All through high school, I participated in the YMCA’s Youth in Government program. I was on the Bills Committee and a few other committees. During my junior year, I was “Speaker of the Assembly” and in my senior year, I went to Washington, D.C. for the National YMCA Youth Governor’s Congress. There was even a Scholastic article about the Youth in Government program. For six years, from the age of 16 to 22, I was a counselor at the YMCA day camp on King Street in Greenwich.

My wife, Mary,  and I moved to Albany in 1991, where we raised our two boys. We joined the Albany Y and took them as toddlers to the parent-child pool classes for games, songs and swim time. Later, they learned to swim at the Y and played in the Youth Basketball League. When they were teenagers, they went to YMCA Camp Chingachgook, on Lake George. My oldest son also went to basketball camp at the Y. I would swim laps, and in 2012, I started working out with a trainer. I donate to the Albany Y’s “Reach Out to Youth” campaign, which raises money for scholarships.

After Mary and I moved to Purchase in August, we looked into the White Plains Y and the Rye Y. Rye is a little closer to home and I used to come here as an AWAY guest when I was in the area on business or visiting family. I swim laps, and work out in the Fitness Center. I believe in the mission—body, mind, spirit and community. A whole lifetime at the Y…that’s why I continue to support the Y.