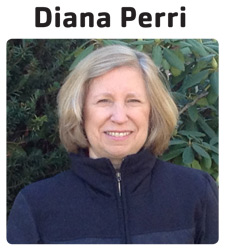 Diana has been coming to the Rye Y for approximately 10 years. She had originally heard about the Y from her neighbor, who used to be here every day, but is now 95 and has slowed down her activities. Diana started in an Aqua Jog class. Her goals were to get healthier and relieve stress. She loved the aqua jog class and then challenged herself to try new classes, such as Pilates and Zumba. Although she was initially apprehensive, Diana found that the staff and other class participants were most welcoming. Additionally, she learned that she could participate at her own individual pace.

Diana recently retired and is glad that she can rely on the Rye Y staff and member community to help her stay active and fulfilled! “There is something for everyone at the Rye Y!” she said.