“Even though our group was small, we became strong together.” That was the sentiment of Luceli, a participant in the first Spanish-language LIVESTRONG at the YMCA class to be held at the Rye YMCA. Referred by Open Door Family Medical Centers and White Plain Hospital, four cancer survivors recently spent 12 weeks re-claiming their physical and emotional health through the program.

LIVESTRONG at the YMCA is a free, small group program that helps cancer survivors grow stronger during and after treatment. Since the first class in July 2011, the Rye Y has served nearly 600 men and women at various points on their cancer journey. Of the five YMCAs in Westchester County, the Rye Y is the only one offering LIVESTRONG at the YMCA.

In 2015, the Rye Y reached an exciting milestone when it became the first Y in the country to offer LIVESTRONG at the YMCA in Spanish at a Federally Qualified Health Center (Open Door in Port Chester). In the fall of 2017, the Rye Y received a grant from the Tri-State Alliance of YMCAs to start a Spanish-language class at its own facility. The first class, which included Luceli and three other Latino cancer survivors, kicked off in April and concluded in July. 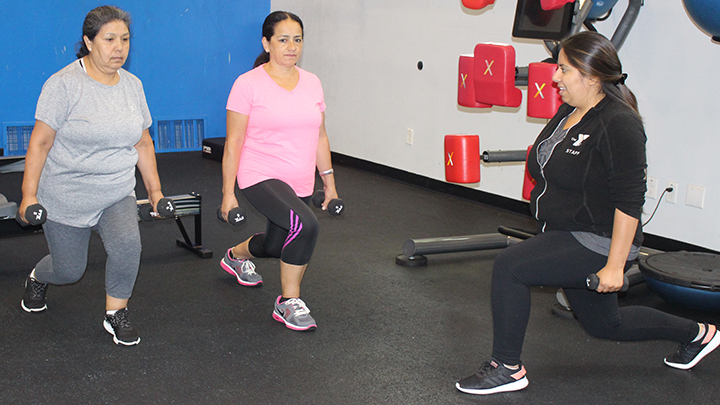 “Through our work with the Cancer Coalition of Westchester and other partners, we’ve learned that there are a limited number of physical activity programs for Spanish-speaking cancer survivors in our area,” explained Tanya Stack, the Rye Y’s Senior Director for Membership, Health and Wellness. “The Rye Y wanted to offer the Latino community this kind of support in their own language.”

Mery, another class participant remarked “Since day one, I started to have more energy, and the pain in my legs decreased. Thanks to the program, I continue doing the exercises at home or the Rye Y, and now I’m able to clean my house by myself that a couple of months ago I wasn’t able to do without help.”

“The program was fantastic” added Luceli. “We were always helping each other to do our best in each class. I strongly recommend the Livestrong program because it helps you to get out of your comfort zone, meet new friends, and recovered the strength you thought you have lost.”

For more information about LIVESTRONG at the YMCA, including upcoming classes, contact Heidy Barros at heidy@ryeymca.org or 967-6363, ext. 114.