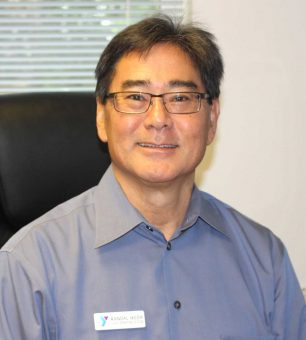 Randal Ikeda recently traded the tropical beaches of Hawaii for the Long Island Sound shore when he moved east earlier this month to become the Rye YMCA’s new Chief Operating Officer. Previously the Executive Director of the Nu’uanu branch of the YMCA of Honolulu, Ikeda was born and raised on the island of Oahu and aside from a 10-year stint in Los Angeles, has spent his adult life living and working in Honolulu.

“It’s a big change,” Ikeda admitted. “However, I’m excited about taking on a leadership role with the Rye Y, which has a great reputation throughout the YMCA movement.”

In addition to serving as a Y branch director for five years and completing the YMCA’s CEO Preparatory Institute, Ikeda brings a unique combination of non-profit, public and private sector experience to the job. Prior to his position with the Honolulu Y, Randall worked with the State of Hawaii, Public Land Development Corp and as General Manager for ESPN 1420 AM Radio, an ESPN Radio affiliate in Honolulu.

Ikeda and his wife Pamela Funai are looking forward to new life experiences on the far side of the mainland. “While it’s hard to leave friends and family, Pam and I are eager to start this chapter of our lives,” he remarked. “Knowing that I get to lead a team of dedicated operations staff and continue to make an impact every day makes this a very exciting time.”

Another incentive for Ikeda and Funai’s move east is proximity to their daughter Maddie, who just started her sophomore year at Wesleyan University in CT. Their son Thomas is a senior at the University of British Columbia in Vancouver.

Ikeda is replacing Eileen Barber, who will retire after six years as the Rye Y’s COO and more than 30 years as a YMCA professional. “It’s a bittersweet moment for all us,” noted Rye Y Executive Director Gregg Howells. “Eileen has left her mark on the Rye Y in so many positive ways. We will certainly miss her. However, we’re excited about the vision, commitment and experience that Randal brings to our Y.”