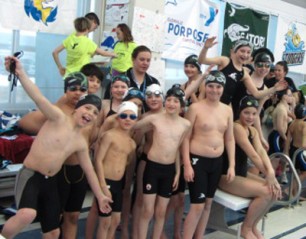 The team returned from the New York State YMCA Swimming Championships at Ithaca College with several awards. “We are smaller than in past years, but the team performed just great, said Coach Kate Tiedemann. “We had many swimmers drop times and many personal best swims.”

For seven team members, the season is not over. Jackson Haffner, Riley Haffner, Alexandra DeStaebler, Andrew DeStaebler, Melissa Bergin, Adele Harshbarger and Emily Habeck will travel to North Carolina to compete in the Sunkissed Invitational, April 3-6. Those swimmers who qualify will then participate in the National Invitational.

The goal of the Wave Ryeders program is to promote fun, camaraderie, new friendships, new skills, physical fitness and positive values that extend beyond the swimming environment. The Rye YMCA offers both a Spring and Fall swim team. The Spring swim team tryouts are April 8, 9 and 10 from 6:15-7:15 pm with practice running from April 22 to June 13.  Pre-team is also available for swimmers not yet ready for competition. Please visit www.ryeymca.org and view the program guide (page 21) for details. Please contact Vickie Kourtelis, Aquatics Director at 914-967-6363, extension 107, for information on the swim team or any other aquatics program. 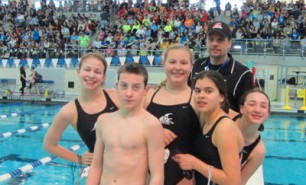 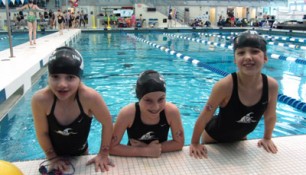