The Rye YMCA celebrated the spirit of volunteerism at its well-attended Magic and Merriment Benefit on Friday, May 18. The event, which was held at Shenorock Shore Club, featured entertainment by “Stand-Up Magician” Derek Hughes and a salute to three outstanding volunteers. 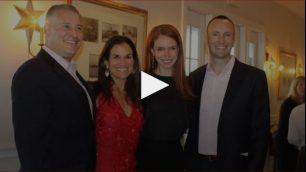 Click here or above to view a slideshow of the event 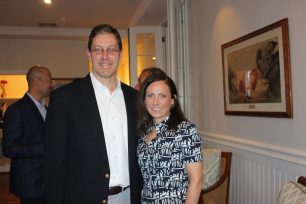 A member of the board of directors for seven years, DeStaebler served on the Executive Committee for six years. During this time, he held the positions of treasurer and board president. As chair of the Strategic Planning Committee, DeStaebler led the successful seven-month effort to develop a “Roadmap” to guide the Y’s cause-driven and member-centric work. He also served on the Centennial Steering Committee, which raised over $2 million to ensure the financial strength of the Y far into the future.

Kelleher began her volunteer service at the Rye Y when she joined the Auxiliary Committee in 2005. Two years later, she was elected to the board of directors, where she served two three-year terms. Her leadership roles included Vice President, co-chair of the Barefoot Bash and March Madness fundraising events, and co-chair of the Annual Campaign. She was also an active member of the Board Development committee. 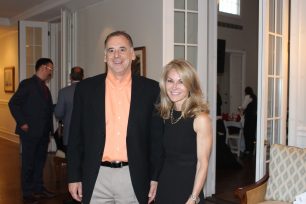 The Community Service Award was presented to Maureen Gomez, whose impact extends far beyond Rye. She is known as an advocate for pedestrian safety, having served as the co-chair of the Shared Roadways Committee, a member of Rye’s Traffic and Pedestrian Safety Committee, and a parent representative on the Safe Routes to School Committee. She has served as president of the board for Twig and the Rye Crew Booster Club. Most recently, she has devoted her time and energy to the Carver Center, where she is currently president of the board, and to Part of the Solution (POTS) in the Bronx.

All proceeds from the event will support the Y Cares Financial Assistance program, which allows the Rye Y to keep a powerful promise to the community: no one will ever be turned away from a Y program or activity because he or she can’t pay.