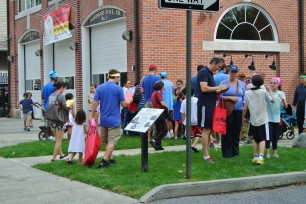 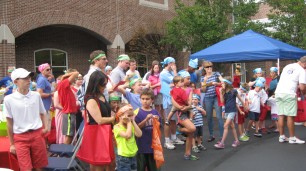 RYE, NY (September 26, 2013) Smiles and laughter filled the streets of Rye on Sunday, September 21 during the Rye Y’s Centennial Scavenger Hunt. Over 275 participants divided into teams and searched for clues, collected items and posed for creative photos. The hunt was run in conjunction with Watson Adventures but included plenty of challenges specific to the Rye Y’s centennial such as “find a piece of team artwork that features the number 100 and “collect a coin minted in 2003 (the year the Rye Y doubled the size of its facility). Photo challenges included ‘using your bodies to spell the letter Y,” “swimming on dry land,” and dramatize “Spirit, Mind, Body.”