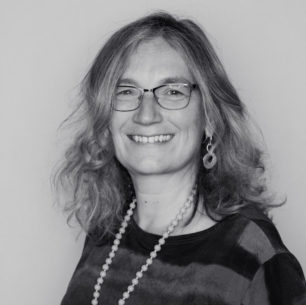 [RYE, NY, June 10, 2022]. The Rye YMCA has named Sabrina Murphy as its new Chief Executive Officer, effective July 5, 2022. Selected by the Y’s Board of Directors following a nationwide search, Murphy will succeed Gregg Howells, who recently retired after serving the Y and the Sound Shore community for 26 years. As CEO, Murphy will lead the Y into an exciting new era, overseeing a new second facility–The Studios at the Rye YMCA–a new strategic plan, and a growing child care program. She will also become the first woman CEO in the 108-year history of the Rye YMCA

“We’re thrilled to welcome Sabrina to the Rye Y,” said Board President Jon Elsen. “Sabrina is an outstanding leader with a strong record of success and she has demonstrated a firm commitment to the mission of the Y. We’re confident that she will continue to strengthen the Rye Y while extending our impact on the health and wellness of those living in the Sound Shore community.”

Raised in Western New York, Murphy worked as a high school Language Arts teacher before finding her passion for youth work at the YMCA. Most of her 33-year career with the YMCA has been spent with YMCAs in midcoastal Maine. In 2000, she joined the staff of the Bath Area Family YMCA and in 2010, she became the organization’s CEO.

“The Rye Y has a stellar reputation in the YMCA movement,” Murphy commented. “I’m looking forward to joining its wonderful team and building on the organization’s long history of impact and success.”

As CEO of the Bath Y, Murphy worked closely with the board and community to run a capital campaign and open a new YMCA branch debt free. She created partnerships with two area schools for the Y to provide a school-based public pre-K program, quadrupled the number of meals delivered through the Bath Y’s Veggie Van, maintained high staff retention, increased access and support through “New Americans” initiatives, grew endowments, and saw consistent growth in membership and programs. During the pandemic, she chaired the newly formed YMCA Alliance of Northern New England, which provided collective support to 27 YMCAs during a challenging time.

Murphy has a 25-year-old son and a 17-year-old daughter. She and her partner, David, are passionate about living a healthy, organic lifestyle and enjoy hiking, kayaking, traveling, gardening and cooking.

For over a century, the Rye YMCA has been a cornerstone of the community, serving individuals and families from Rye, Harrison, Larchmont, Mamaroneck, Rye Brook, Port Chester and beyond. A not-for-profit charitable organization, the Y works to strengthen community through a focus on youth development, healthy living and social responsibility.

In early June, the Rye Y opened The Studios at the Rye YMCA, a vibrant, state-of-the-art facility located in the heart of Rye within a short walking distance of the Y’s flagship building. The Y Studios features fitness studios for yoga, HIIT, group exercise and indoor cycling as well as a Child Watch room for members and space for meetings, events and community health programs. The main facility on Locust Avenue will remain a vital hub for health, wellness and child care, with two pools, a large gymnasium, a well-equipped fitness center, and several classrooms for full-day, half-day and after school child care.

“While I’ll miss my colleagues at the Bath Area YMCA, I’m excited about continuing my Y career at such a thriving and dynamic Y,” Murphy added. “Between the new Y Studios and the Y’s beloved main facility, we’re going to help more people than ever achieve their health and wellness goals.”

For more information about the Rye Y, visit www.ryeymca.org.