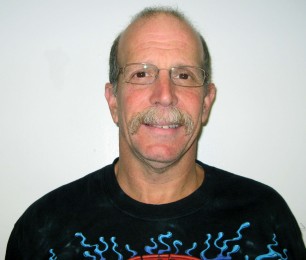 I’ve been here at the Rye YMCA on and off my whole life. I started on the YMCA swim team when I was six and was on the team when we won States in 1970.   For a while we had an early morning Masters swim group here and I was the volunteer coach.

Now I’m still here most mornings. I’m one of the members who sits in their car until 5:27 a.m. and then gets in right away when the doors open at 5:30. I teach Math at New Rochelle high school and it is a great way to start my day.

I’ve swum competitively throughout my life. I went to YMCA Nationals as an adult five or six years ago as a representative of the Rye YMCA. Since I spend Christmas breaks in Florida, I began training with the Sarasota YMCA Sharks. About five years ago, the Sharks asked me to swim at a Master’s Nationals and now I swim all year round for them.

In early November, I represented the Sarasota Sharks in the Men’s 800 meter freestyle relay. We broke the world record by almost seven seconds for our age group. The age group is 240-279 years for the total age of the four participants. I was the young guy at 53. The Sarasota Y coach thinks we may have a shot for a new world record in the spring.

I could not have done this without the Rye YMCA. The staff is always friendly and accommodating. Swimming here in the early morning and later afternoon is perfect for me. I’ve really gotten to know the people I swim with well. The camaraderie lends itself to making new friends, from the chit-chat before the doors open to conversations in the locker room.

As a member of the Y you have a chance to give back. I participate in the swim fundraisers like the one supporting LIVESTRONG at the YMCA. I also enjoy lending a hand to help out a swimmer; just a few minutes ago I helped someone with their flip turn technique. Why would you want to go anyplace else?